Cooking Recipe: Waffles with no fat and no milk.

I really like waffles but I have always been annoyed that the recipes I knew were all using fat ingredients (milk, butter…). That’s a no-go for anyone trying to get back in shape, in a sportive-diet, or simply with lactose-intolerance.

However I recently discovered a fat-less recipe that doesn’t use milk or butter at all!

It might not lead to the best waffles ever, but they’re more than satisfying to me, very quick to make (~20min end to end), light (depending on the toppings obviously). And bonus point: the recipe is super easy to follow even if you’re not a chef.

Hint 2: You can replace the liquid vanilla by a bag of vanilla sugar. It’s true that it makes the waffles taste better at the expense of adding sugar.

Hint 3: I ran out of yeast recently, so I also tried using some beer instead. It kinda worked, but definitely prefer yeast if you can. 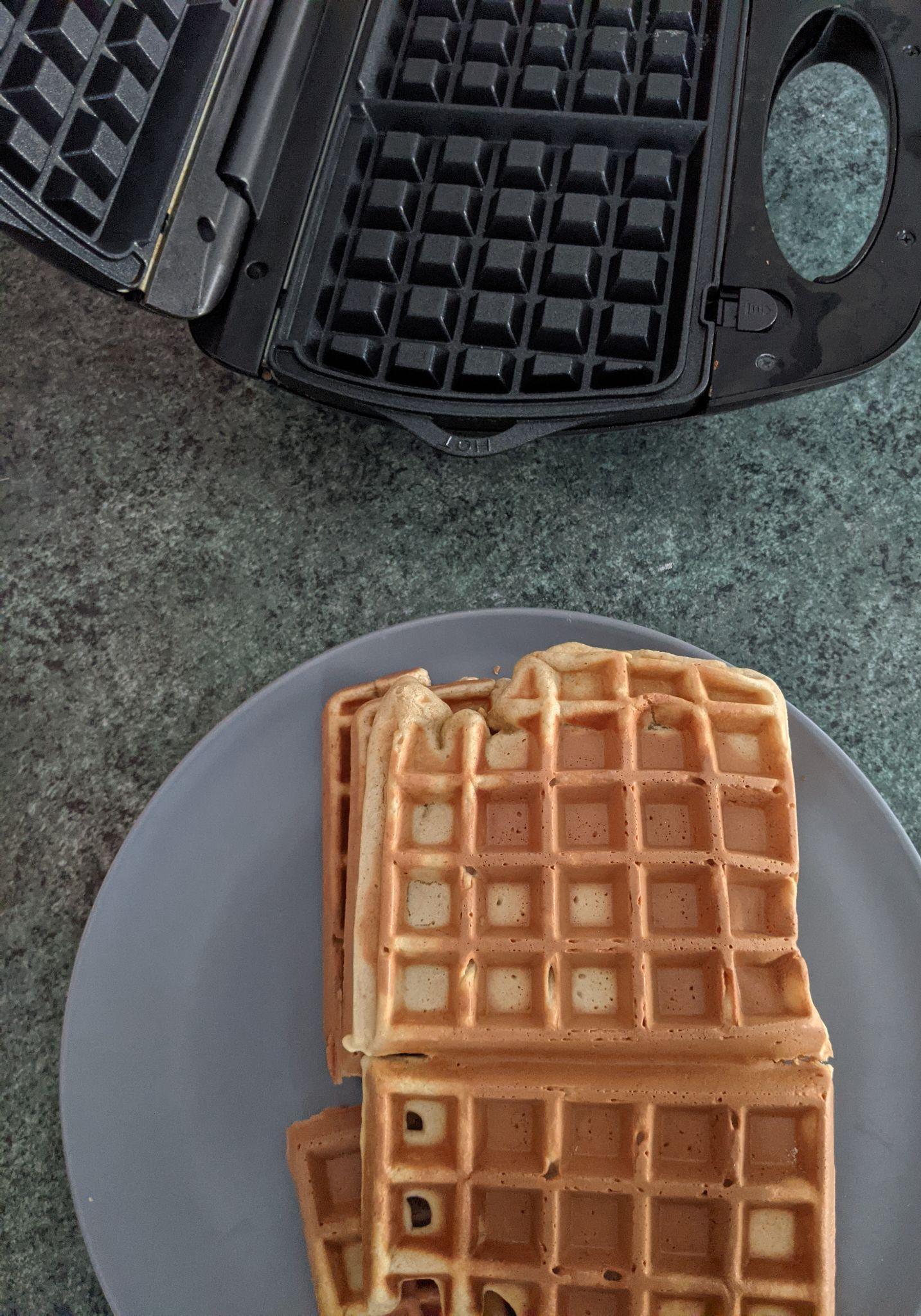